Pope Francis: Organ donation is a “testimony of love for our neighbor.”

The following story was reported by Independent Catholic News (ICN). Read the complete story that appeared on ICN’s website.

Pope Francis described the act of organ donation as ” testimony of love for our neighbor” when he met with the Transplantation Committee for the Council of Europe (CD-P-TO) who gathered in Rome on Thursday (October 9). The Pontiff’s comments came on the same day as the Catholic Church in England and Wales agreed to join the “fleshandblood” campaign as a national associate. 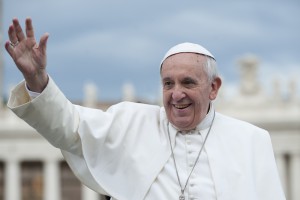 The fleshandblood campaign [in England] is the first national partnership of its kind between the National Health Service (NHS) and UK Churches, aiming to encourage church congregations to see blood and organ donation as a part of their community participation.

“A Culture of Life”

The Most Rev. Peter Smith, Archbishop of Southwark, said: “The Catholic Church is clear that, in itself it is a good and meritorious thing freely to donate our organs after we are dead. Even while we are alive, actions such as giving blood can be a powerful expression of human solidarity and of Christian charity. Such actions can help build a culture of life, a culture in which life is cherished. For this reason I welcome initiatives such as ‘fleshandblood’ which encourages people to think of serving others in this way, as a form of Christian charity.”

The Vatican plays host to European Organ Donation Day (EODD) today with news of the Pope’s comments being welcomed by those involved. Marta Lopez Fraga, the Secretary of the European Committee on Organ Donation said: “The Pope is a charismatic figure and it is very important that he has given a clear and strong message in favor of donation to all the different religious communities.”

Following the meeting in Rome, the CD-P-TO reported that it was also the first instance of a Pope expressing a scientific point of view with regard to organ donation and specifically the determination of brain death.

Pope Calls for More People to Donate Organs, But Is Opposed to Commercial Use: Rome Mayor

According to a news report from the French news agency L’Agence France-Presse (AFP) in September 2014, Pope Francis made an earlier statement in support of organ donation:

ROME, September 20, 2014 — Pope Francis has called for more people to donate their organs in a bid to stop illegal trafficking, but spoke out against the legalization of the organ market, Rome’s mayor said today.

“The pope authorized me to say that in his view organ donation through generosity must be encouraged, but the commercial use of organs is immoral,” mayor Ignazio Marino said, after meeting with Francis on Friday.

“We need to explain that donating organs is a gesture of love. Each of us, for example, has two kidneys, and giving one of them to a relative or a person we love is a beautiful gesture. Entering into the spiral of trade and sales is a crime,” the pope said, according to Marino.

The meeting with Marino and a world delegation of transplant experts came as the United States debates whether or not to introduce financial incentives for organ donation, which could include reimbursing costs of travel for donors and lost wages, as well as providing long term health insurance.

RELATED LINK FROM FOX NEWS: Pope Francis has one lung: What organs can you live without?