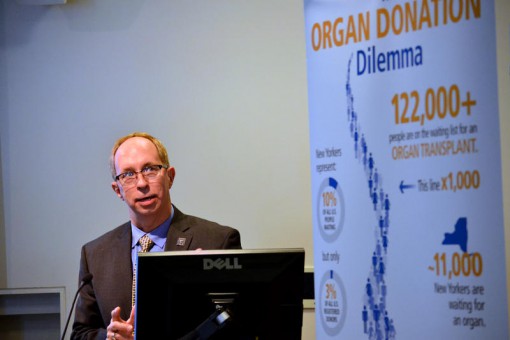 WRVO Public Media reports that New York State is among the bottom in the nation for residents signed up to be organ donors.

Only about a quarter of New Yorkers have consented to being organ donors, according to the Finger Lakes Donor Recovery Network.

That ranks the state 49th in the country. But it has the third highest need for organs.

The low statistic has prompted a new advocacy campaign, hoping to improve those numbers, called Pass Life On.