Every New Year’s Day, the Donate Life Rose Parade Float serves as a memorial to organ, eye and tissue donors. Introduced in 2004, it also provides a platform for donor families, living donors and transplant recipients to inspire the world.

worldwide by millions of people. One of the most celebrated traditions on New Year’s Day is to enjoy viewing—either in person—or by watching on TV, the annual Rose Parade in Pasadena, California.

The Rose Parade is hosted annually by the Pasadena Tournament of Roses, a volunteer organization.

Each year, donors are honored with floral memorial “floragraph” portraits that grace the Donate Life Float. A floragraph is a portrait created with floral materials. The loving and generous individuals portrayed in the floragraphs leave a positive impact on their families, communities, and those they helped.

The Tournament of Roses announced award-winning floats in the 127th Rose Parade on New Year’s Day in Pasadena, California — and the Donate Life Float was named among the winners.

The float, whose theme was “Treasure Life’s Journey,” was honored by the parade organizers with the Isabella Coleman Award for best presentation of color and color harmony. 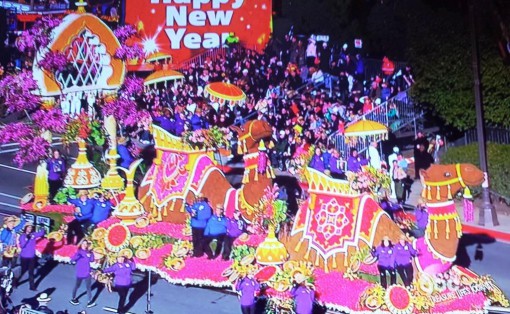 The Donate Life Float depicted a caravan scene at a desert oasis, celebrating the journey of life and the legacy of adventures by organ, eye and tissue donors and recipients.

It called attention to 52 men and 44 women from across the U.S. whose own journeys have been touched by the incredible gift of organ donation and transplantation:

The 2015 Rose Parade took place in Pasadena on a surprisingly cold New Year's Day. Time Warner Cable News focused on the Donate Life Float, and highlighted the incredible story that brought three individuals and their families together through organ ...

FLDRN's Donor and Recipient Honorees at the 2014 Rose Parade

As we have done for the past six years, the Finger Lakes Donor Recovery Network had the pleasure of participating as a sponsor of the 2014 Donate Life Float. And the float was recognized as the winner of the Theme Award.

"Light Up the World" Float Will Inspire 2014 Rose Parade Viewers