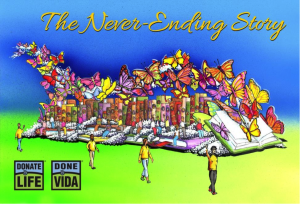 A rendering of the 2015 Donate Life Rose Parade float. Its theme is ‘The Never-Ending Story.’

The theme of the 126th Rose Parade that will take place in Pasadena, California on January 1, 2015, is “Inspiring Stories.” Tying in with that uplifting concept, the Donate Life float’s theme to promote organ, eye and tissue donation, is “The Never-Ending Story.”

So it’s especially fitting that Finger Lakes Donor Recovery Network and University of Rochester Medical Center/Strong Memorial Hospital will sponsor and honor three individuals from Rochester who were part of an awe-inspiring, hard to believe, three-way connection involving organ donation.

Living kidney donor Laurie LoMonaco will walk alongside the Donate Life float during the parade. She will be one of twelve living donors doing so on New Year’s Day in front of a worldwide television audience of millions.

Paul Guyette, a deceased organ donor, will be honored at the parade with a memorial floragraph — a portrait created with floral materials — that will adorn the float. Paul’s wife, Mary, who lovingly helped make the floragraph, will be in Pasadena for the parade. A total of 72 floragraphs will be displayed on the float.

Heart transplant recipient Gaetano “Gates” Orlando, a former Buffalo Sabres and Rochester Amerks hockey player and hockey coach, will join 29 other riders on the Donate Life float. Paul Guyette was his donor. (Read further to find out how this happened.) Gates is currently a talent scout for the New Jersey Devils.

PERSONAL STORIES: How did this three-way connection occur?

The manner in which these three people became inextricably linked could be the basis for a compelling novel — but, incredibly, the series of events that bind them together happened this way: 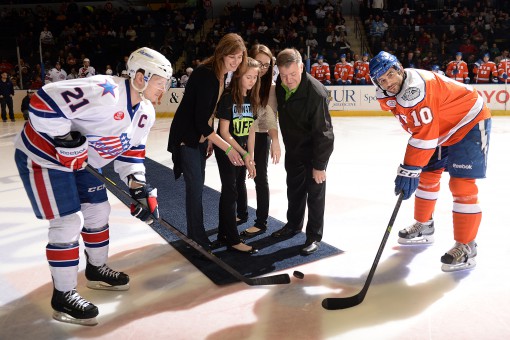 APRIL 2014: Donor wife Mary Guyette was joined by her daughters and Gates Orlando, their loved one’s heart recipient, to participate in the ceremonial puck drop before the game at Donate Life Night with the Amerks.

AN INSPIRATION TO OTHERS: “Consider becoming an organ donor.”

To promote organ donation, Paul’s wife, Mary, has joined Gates at events to tell their shared story. “I am blessed and grateful to have been given the Gift of Life,” says Gates. “Please consider becoming an organ donor.”

Rob Kochik, executive director of the Finger Lakes Donor Recovery Network, says: “This unbelievable organ donation and transplantation three-way connection will hopefully inspire others to sign up as organ donors. Laurie, Paul and Mary, and Gates, represent all that is positive about donation. It shows that living donors can bring hope to others; deceased donors can save lives and bring comfort to their loved ones; and recipients complete the circle of life, the never-ending story.” 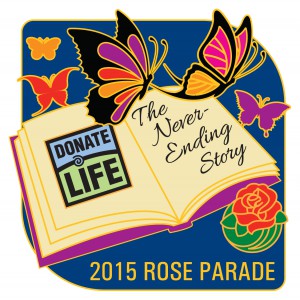 As part of “The Never-Ending Story” theme, the butterflies will ascend above floragraph portraits of deceased donors whose legacies are nurtured by their loved ones.