Molly deRoos’s daughter Ali received a liver transplant at age 11. Six years later, the family would be presented with the option of giving back: Christine Springer, Molly’s mother and Ali’s grandmother, became a liver donor. Subsequently, Christine was honored at the 2014 Rose Parade. 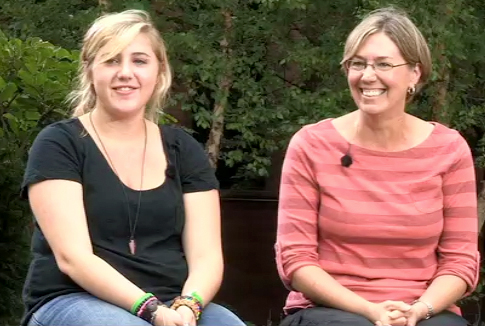 After getting a liver transplant at age 11, Ali Brown wanted to know one thing from her mother Molly deRoos of Ithaca.

“Is this what it feels like to not itch?”

Molly said that Ali, who had been born with a liver defect called Progressive Familial Intrahepatic Cholestasis,  itched from the day she was born until the day of her transplant. Itching is just one of the awful symptoms of liver disease that both children and adults suffer. But Ali was also severely jaundiced and the disease prevented her body from absorbing fat, so she failed to thrive and grow.

“Because of the itching, she never slept through the night until her transplant. Despite that, she was always a very happy girl. She’d get up every morning and go to school with a smile on her face, ” says Molly.

When I woke I remember immediately noticing that my skin and eyes were no longer jaundiced or yellow and I didn’t itch at all. It was amazing. — Ali Brown

It wasn’t until she was age nine that she was actually diagnosed and the prognosis was clear – Ali’s disease would get progressively worse and she would die without a liver transplant. Ali was eventually listed for a transplant through the Cincinnati Children’s Hospital and Medical Center.  After a six-month wait and one false alarm, they got the call. A 13-year-old from the Midwest had died and the liver was a match for Ali. The transplant was a success and the changes almost instantaneous.

“When I woke I remember immediately noticing that my skin and eyes were no longer jaundiced or yellow and I didn’t itch at all. It was amazing, ” says Ali.

Today, Ali is 20, healthy and a junior at the University of New York in Oneata where she is double majoring in art and geography.

But the story didn’t end with Ali’s transplant.

The Decision to Give Back

Six years after the transplant her grandmother Christine Springer – Molly’s mother – suffered a stroke and was declared brain dead. 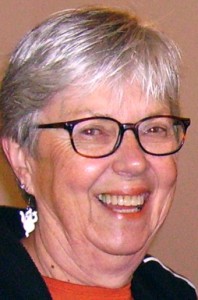 Liver donor Christine Springer, who was honored at the 2014 Rose Parade.

A resident of the Village of Trumansburg, NY, Christine had served for many years as a judge in the town of Ulysses and was a pillar of the community. She mentored many young people, conducted marriages, as well as sent people to jail. The latter she did by the law but often with the admonishment of a caring mom trying to guide the convicted on a straighter path,  according to Molly.

At Cayuga Medical Center where Christine, age 71, had been rushed after her stroke, there was no question in the minds of Molly or the rest of her family when the brain death prognosis was presented and the subject of organ donation broached. Molly and her sisters Robin Springer and Kate Springer made the decision to donate their mother’s organs.

“Because of the gift Ali received and our transplant experience, it was understood. My mom had also said ‘If the time comes, tell them to take whatever they can use,’ ” says Molly.

Christine was able to donate her liver and save the life of a 61-year-old New York man. About a year after Christine’s death, Molly received a thank you card from the liver transplant recipient.

“He expressed how grateful he was, that he had been waiting and waiting and knew that his time was short,” says Molly. “It gave me goose bumps to read those words, because it was all the same things that we had experienced and felt with Ali’s transplant.”

Of the donors who were honored on January 1, 2014 at the Rose Parade featuring the Donate Life Float, Christine Springer was the the oldest. Christine was 71 when she became a liver donor after a lifetime filled with family and memories.

Molly and her daughter Ali Brown remembered and honored Christine with one of the memorial floragraphs at the parade.

Finger Lakes Donor Recovery Network was pleased to sponsor the tribute to Christine.