Heart Recipient Scott Hetsko Is LIVING LIFE TO THE FULLEST

After struggling for six years with a heart condition and being hospitalized for three months, the popular News 8 Rochester meteorologist is grateful every day for his donor who gave him a second chance.

Scott and the entire team at News 8 are now enthusiastically encouraging more people to enroll in the New York State Donate Life Registry. 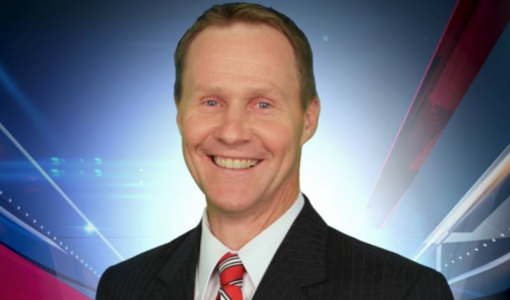 Scott Hetsko, a popular Rochester meteorologist, received the Gift of Life with a heart transplant on September 16, 2015. Hetsko, the chief meteorologist at CBS affiliate News 8 Rochester, had been in failing health for six years with a rare heart disease.

In June of 2015, he was too sick to continue working and signed off the air, telling viewers he might be away for a while.  The next day, he checked in to Strong Memorial Hospital’s Transplant Center and waited three months until hearing the news he longed for: he was getting a new heart.

Two days after his transplant, Scott heard the beat of his donor heart for the first time.  “I’m grateful,” he said in an interview. “I have to say grateful. And that’s the only word I can think to describe all this. Every day I get up and I thank the donor. However corny that may sound, I don’t care, because it’s an extra day I’ve got. Donors and donor families are heroes.” 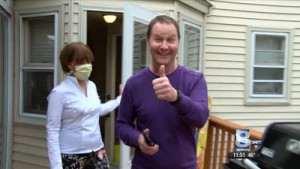 For the first time in six years, Scott tells News 8 colleague Maureen McGuire, he can walk the 20 steps to his backyard weather station without getting short of breath.

Scott also says he’s on a mission to be in the best shape to take care of his new heart and share how important organ donation is. For now, he continues to recover and hopes to return soon to reporting the weather.

Meanwhile, Scott’s family at News 8 has joined in the effort to bring about more awareness regarding the life-saving messages of organ donation and encourage more people to enroll in the New York State Donate Life Registry.

Telling Scott’s journey was just the beginning. News 8 Rochester has — and will continue — to feature reports that address the facts about organ donation and share more inspiring stories from people who have been touched by the Gift of Life.

Click here to visit a special “Pass Life On” section on News 8 Rochester’s home page. See all the great videos and stories already put together.