An act of kindness uncovers shocking news for Herbert Bond Jr.: He’s been walking around with hepatitis C, probably for several years. So begins a struggle to get a life-saving liver transplant. 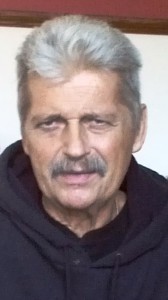 For Herbert Bond Jr., a Hamlin, NY resident popularly known as Herb, life was moving along normally as he reached his mid-50s.

Married, the father of four, and a proud grandfather, Herb was an asbestos removal estimator. In his spare time, he loved to go fishing. He also took special delight riding around on his golf cart with family members on trails through rough, muddy terrain, as though it were a four-wheeler.

All that changed back in 2008, when Herb decided to donate blood.

Instead of saving someone else’s life, his own life was suddenly threatened. A few days after making the donation, Herb was informed that his blood couldn’t be used because he had hepatitis C.

Diagnosed with a potentially fatal disease, Herb’s only focus was to stay alive, not only for his own sake, but for the sake of his large, loving family.

And, not incidentally, he also wanted to be around a lot longer to spend time with another love of his life, Foxy, a Pomeranian, who was constantly at his side.

Events Moved Fast—and Not for the Best

Two months after hearing the grim news, Herb was in end-stage liver failure. His name was added to the liver transplant list at Strong Memorial Hospital/University of Rochester Medical Center.

Herb and his family knew full well that because of the shortage of organ donors, a new liver might not be available in time to save his life. 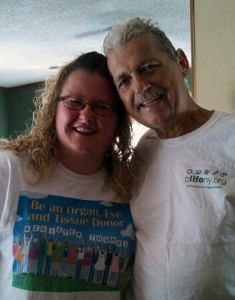 Tanya Herrold, a FLDRN volunteer and one of Herb’s daughters, with her dad.

Tanya Herrold, one of Herb’s daughters and who volunteers for Finger Lakes Donor Recovery Network with her husband Bill, admits: “At times we thought a call may never come. Then after four years, on a snowy day in 2012, Dad called to say ‘They’re transplanting me.’”

Many of Herb’s family members, including his wife Roberta (Bobbie), their children (in addition to Tanya, they are Leanna, Herb and Alexis) and their spouses, excitedly descended on Strong Memorial. They spent the day at the hospital while tests were being conducted.

After 15 hours of waiting, they were informed the liver wasn’t suitable for transplant.

“This was tough on everyone,” Tanya recalls. “We ran the gamut of emotions that day.”

None of them could have imagined that history would cruelly repeat itself.

Hopes Raised, and Dashed, Once Again 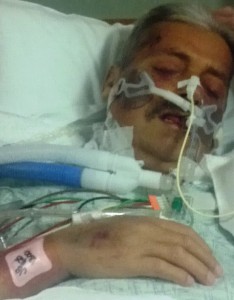 About two months later, the Bond family gathered again at the hospital because there was a potential donated liver. After waiting for hours, the anesthesiologist said they were 15 minutes away from the transplant. They just needed the last biopsy result.

A half hour later, a resident delivered the bad news: The liver wasn’t healthy enough to be transplanted.

Tanya remembers how, for the second time, their hopes had been dashed. “My dad said there would never be a liver for him. But I encouraged him and we all prayed that there would be a liver, at the right time.”

By the end of 2012, Herb’s health was deteriorating at such an alarming rate that he was constantly being admitted to the hospital.

In January 2013, with poor liver function and kidney problems, Herb spent 23 days in a row hospitalized. He had even spent New Year’s Eve in the ER.

During this difficult time, Tanya found strength in her faith. “I gave it to God,” she says. “I told God I could no longer handle the stress and I asked Him to handle it.”

Tanya explains that one biblical verse in particular, enabled her to get through the series of crises. It was from Isaiah 40:31:

But they that wait upon the Lord shall renew their strength; they shall mount up with wings as eagles, they shall run and not be weary, and they shall walk and not faint.

When yet another call from Strong Memorial came, on February 15 this year, the family attempted to keep their emotions intact. Now age 60, Herb had been on the transplant list for five long years. 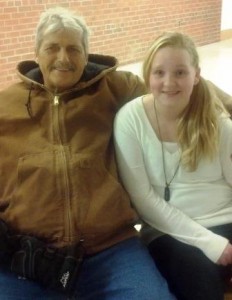 One of Herb’s grandchildren, Ayanna Herrold (shown here with him), told the doctor, “Take care of my papa” — the name she fondly uses for her granddad.

This time, the third time, indeed proved to be the right time. More than 12 hours after receiving the initial phone call, the doctors said the liver was perfect for transplanting.

It was already the next day, February 16. Herb was on his way to the O.R. Tanya’s daughter, Ayanna, who is 13, hugged one of the surgeons and told him to “take care of my papa,” her grandfather.

Again, Tanya’s faith guided her. “I began to pray,” she remembers. She also prayed for the donor of the liver, a 20-year-old woman, and her family.

“I prayed with the anesthesiologist and most of the staff from the fourth floor,” she says. “It was important for me, as a Christian, to pray for the donor family. While we were experiencing this moment of joy, relief and hope, they were experiencing the loss of a 20 year old.”

What the Transplant Means to Herb

The transplant was a success and these days, Herb is doing really well. “It’s a second chance at life,” he says. “I can continue to enjoy my grandkids and kids. I feel ten years younger.”

In fact, Herb and Bobbie have six grandchildren—and they are extra excited that he got his transplant because, together, they are now looking forward to the arrival of their seventh! 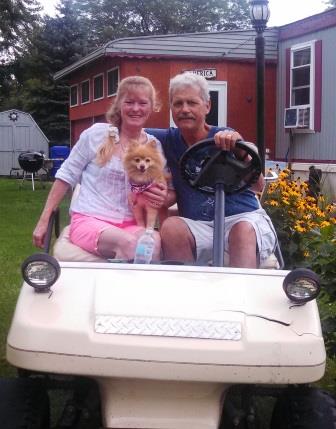 Having fun in their much-loved golf cart: Herb and his wife, Bobbie, with Foxy, the center of attraction!

Many people are on Herb’s ‘thank you’ list, including the doctors and staff at Strong Memorial, and his family who never allowed him to give up.

Most important, Herb will forever be grateful to his donor. “She means a lot to me. I feel so sorry she died at such a young age. I can only imagine the courage it took for her family to bring joy to so many during their time of mourning.”

Though he can’t return to work, Herb is able to go fishing again. He spends a lot of time with his family.

Of course, Herb is thrilled that he can resume driving his golf cart around on trails, through the mud, with his grandchildren coming along for the ride.

When it comes to riding the golf cart, the Bond family is always accompanied by the ever-loyal Foxy.

As Tanya describes it, “Foxy loves riding on the golf cart, and she always has to be up front!”

RELATED LINK: What a Coincidence, When Tanya Decides to Volunteer for Finger Lakes Donor Recovery Network!