Kathy’s New Kidney Is 68 Years Old—13 Years Older than Her!

In 1981, when Kathy Reimer went into kidney failure, Virginia Grile, a sister 13 years older than her didn’t hesitate to donate one of her kidneys.

Decades later, Kathy is in perfect health, married and the mom of a 22-year-old son. 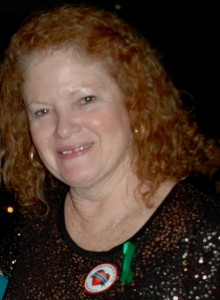 THE ILLNESS THAT LED TO THE TRANSPLANT
There were no obvious symptoms. “However,” Kathy says, “at age 18 when I offered to give blood, I was turned down because I was anemic. Being young, I didn’t think of following up.”

In early 1981 at age 21, Kathy began to work full-time at Eastman Kodak in Rochester. Now that she had medical insurance coverage, she decided to go for a work-up.

Doctors gave Kathy the shocking news that her kidneys were only operating at five percent of capacity.

That’s when Kathy found out she had high blood pressure that could probably be traced back to her teenage years. Doctors gave her the shocking news that her kidneys were only operating at five percent of capacity.

Kathy was prescribed blood pressure medication and placed on dialysis shortly thereafter. She remained on dialysis in Rochester for six months, first at Strong Memorial Hospital and then at Monroe Community Hospital. 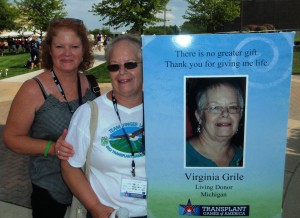 Sisters together at the 2012 Transplant Games in Grand Rapids, Michigan: Kathy (left) with Virginia who holds up a poster of herself as a living donor. The message to Virginia reads: “There is no greater gift. Thank you for giving me life.”

Kathy had nine siblings and two were an exact match. One of her older sisters, Virginia Grile, who was 35 at the time, became her donor.

Virginia and her husband were the parents of five small children. They owned a party store.

Looking back, Virginia says she never hesitated to be a donor. “Somehow I knew, even before it was confirmed, I would be a perfect match.”

DONATION AND TRANSPLANT PROCESS
Six weeks before the transplant, Kathy went to Grand Rapids and her kidneys were removed while she continued on dialysis. The night before the surgery, Kathy and Virginia were in the same room as each was prepared for the donation and transplant.

Virginia went home after ten days. Kathy was supposed to be released from the hospital on December 30, a month after surgery. But as she was doing well, she left the hospital in time for Christmas though she only returned to Rochester after six months because the doctors continued to conduct follow-up tests.

During those six months, she lived with her parents, Leo and Grace Fortier.

Laughing, Kathy describes her health as “boring,” and when pressed further, she agrees that “boring is good,” given how her life would have been cut short without a new kidney.

HEALTH SINCE THE TRANSPLANT
Since the transplant, Kathy conscientiously takes her rejection medicine and has had no major health issues.  “I’m thankful to be healthy and active,” she says.

Laughing, she describes her health as “boring.” When pressed further, she agrees that “boring is good,” given how her life would have been cut short without the new kidney, which is 14 years older than her!

FAMILY INFORMATION
Kathy is married to Rob Reimer, a manager at the Greece, NY office of Nothnagle Realtors. Their 22-year-old son Eric is studying construction management at Alfred State College. 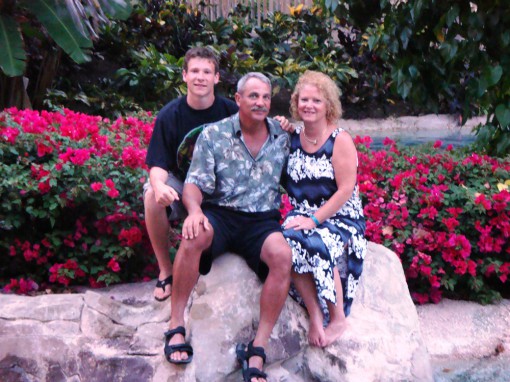 The Reimer family, from left: Eric, Rob and Kathy.

After the transplant, Kathy had returned to Eastman Kodak where she worked for many years. EPM was formed in April 2011 following the purchase of the micrographic business from Eastman Kodak.

INTERESTS AND HOBBIES
Kathy enjoys knitting, crocheting, sewing, working out with girlfriends and helping to take care of their large yard. “We have a boat and we like to go boating in the summer,” she says.

One way Kathy celebrates the anniversary since her transplant is by sending unique cards to Virginia, sometimes making them herself.

RELATIONSHIP WITH DONOR
Kathy strongly concurs that Virginia never thought twice about giving her the gift of life.

“We have always been close,” she says.

One way Kathy celebrates the anniversary since her transplant is by sending unique cards to Virginia, sometimes making them herself. 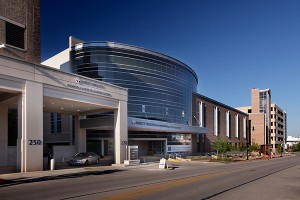 Coincidentally, since 1999, Virginia has worked at St. Mary’s Hospital in various roles.

For 11 years, she assisted nurses in the surgical recovery unit and for the past three years she has been a health unit coordinator.

Though Virginia  is a Licensed Practical Nurse, she chose not to renew her license—but in her semi-retirement she still enjoys working with patients!

Virginia says St. Mary’s as a building has changed structurally since 1981. But one of the memories she has when she walks through the location where her donation took place is that her five children were allowed to visit her with her husband in the waiting room the night before surgery.

“The hospital waived the rule that didn’t allow children of a certain age into the hospital as visitors, and the doctor came to talk to all of us,” she recalls.

30TH ANNIVERSARY PARTY
In 2011, a special reunion party took place to celebrate the 30th anniversary since the kidney donation and transplant. A couple hundred people attended in Grand Rapid, including friends and family.

The family and friends raised $5,000 that they donated to St. Mary’s Hospital.

VOLUNTEERING
For the past few years, Kathy has volunteered for Finger Lakes Donor Recovery Network. She is pleased to help spread donor awareness at events by providing information to members of the public and urging them to enroll as organ donors.

“I feel that when you die, if you have viable organs, they should automatically be donated. I think if you don’t wish to be a donor, you would need to opt out.”

THOUGHTS ABOUT ORGAN DONATION
Kathy acknowledges that the fact organ donation saved her life is sometimes overwhelming and that it’s not easy to adequately express her gratitude. In addition to being grateful to Virginia, she is in awe of families of deceased donors who save lives under such difficult circumstances. She says, “It touches your heart.”

Moreover, Kathy is in agreement with the policy in European countries such as Spain, Austria and Belgium where presumed consent is the law, which means people have to opt out from being organ donors.

“I feel that when you die, if you have viable organs, they should automatically be donated,” Kathy states. “I think if you don’t wish to be a donor, you would need to opt out.”