A vibrant and energetic woman loses her life, but her memory lives on through organ donation and a fund to help transplant families.

Linda Maiellano was on a shopping excursion in August 2006 with her son Mike in Canada when she got the call that no mother ever wants to receive. Her 22-year-old daughter Katie had been in a car accident and was flown by helicopter to Strong Memorial Hospital in Rochester. She was critically injured and Linda needed to get to the hospital as soon as possible. 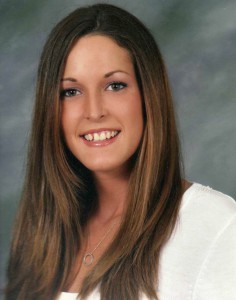 Linda, who lives with her husband Michael in Pavilion, NY, rushed toward the border crossing at the Queenstown-Lewistown bridge where she ran into “a wall” of summertime traffic trying to cross into the U.S.

“There was nothing I could do. We just waited. My son rocked back and forth saying ‘Katie, hold on,  hold on,’” says Linda. “At one point I looked out the window and saw a bumper sticker on the car next to us. It read ‘Love Wins’. At that moment, somehow, I knew that Katie was gone.”

When she arrived at the hospital she was presented with the grave prognosis. Doctors were still conducting tests, but they believed that Katie was likely brain dead.

“I remember a female doctor giving us the news. She was so caring. There were tears streaming down her face,” says Linda.

Linda brought up the option of organ donation with the medical team and shortly thereafter they were introduced to the transplant coordinator from Fingers Lakes Donor Recovery Network. Linda says that no one in the family was officially an organ donor, but several years earlier Katie had informed family members that she wanted to be a donor, following the death two young women whom Katie had known.

Linda says that no one in the family was officially an organ donor, but that several years earlier Katie had informed family members that she wanted to be a donor.

“Throughout the consent process, the Finger Lakes coordinator was very compassionate. I felt they were looking out for our best interests throughout,” adds Linda.

Gregory says that prior to the transplant he had suffered from uncontrolled diabetes for nearly 20 years. His life was ruled by the day-to-day struggle of trying to control his blood sugar levels, a mostly losing battle. Eventually he suffered from vision problems, neuropathy in his legs and and feet and finally kidney failure. He then spent three years on dialysis while waiting for a transplant. On that fateful day in August, while Katie’s family grieved, Gregory’s family celebrated a new beginning when he received his transplant signaling  an end to kidney failure and diabetes.

Of the summer meeting with Katie’s family Greg says, “Their daughter gave me so much. I am so appreciative that I have a new lease on life, and they seemed happy to see Katie live on in some way.”

And Katie’s life and memory continue to live on in other ways. Following Katie’s death, the Maiellanos created Katie’s Star Memorial Fund to help cover lodging, travel and other expenses related to living donor transplants.

“Before she died, Katie was a very busy person. She was working two jobs while also building a career in real estate. She told me that when she was successful and had some money put aside that she wanted to help others by starting an organization or helping a charity,” says Linda. “She was a very loving and caring girl, and through her death she has helped many.”