First, in late October 2012, a warning that without a transplant her future was bleak. And then, a miracle soon after Thanksgiving. 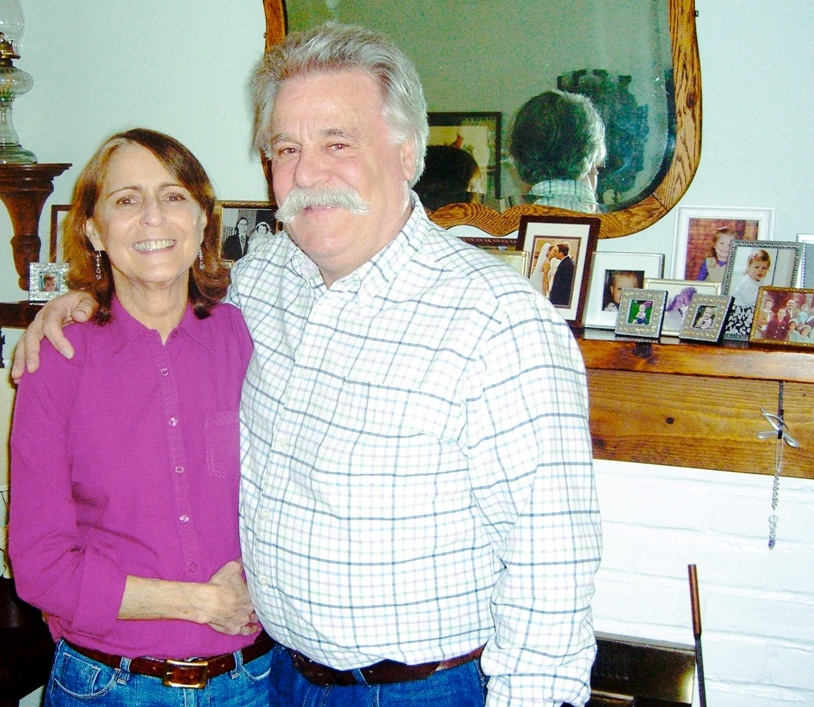 Nonie and Scooter, her husband, with photos of some of their family members in the background.

Nonie Bergesen was asleep when the call came that would save her life. The message: A liver was available for transplant.

Just weeks earlier, a leading transplant surgeon had bluntly warned the Long Islander that without the intervention of a donor, she was facing imminent death. The doctor emphasized that there was a critical shortage of liver donors.

Nonie, whose actual name is Noreen, first encountered liver problems in 1995. Looking back now, at the age of 59, she says, “I was always tired. At the bakery farm stand where I worked, I slept in my car at lunchtime. I blamed it on allergies.”

But it wasn’t allergies. Nonie was diagnosed with hepatitis C.

For Nonie and her family, the onset of liver disease was frightening. Other family members had died from liver-related illnesses.

“Nonie tried to live normally,” says Robert, her husband of 38 years who is known by his nickname—Scooter.

The situation worsened at the end of 2011 when doctors found a tumor on Nonie’s liver. In January 2012, she was placed on the liver transplant list at Mount Sinai Medical Center in Manhattan.

By August, she could no longer work. “I couldn’t walk from A to B in the house,” she says.

As a healthcare professional, Kate [Nonie’s sister, a registered nurse who lives in Syracuse] states: “Every time I visited Nonie, she looked worse.”

Nonie tears up. “While I waited for my transplant, I wondered how my family would feel if I wasn’t here.”

Nonie’s sisters, Kate Mitchell, who lives in Syracuse, and Kelly Denton, a Bethpage, NY resident, were also there for her. 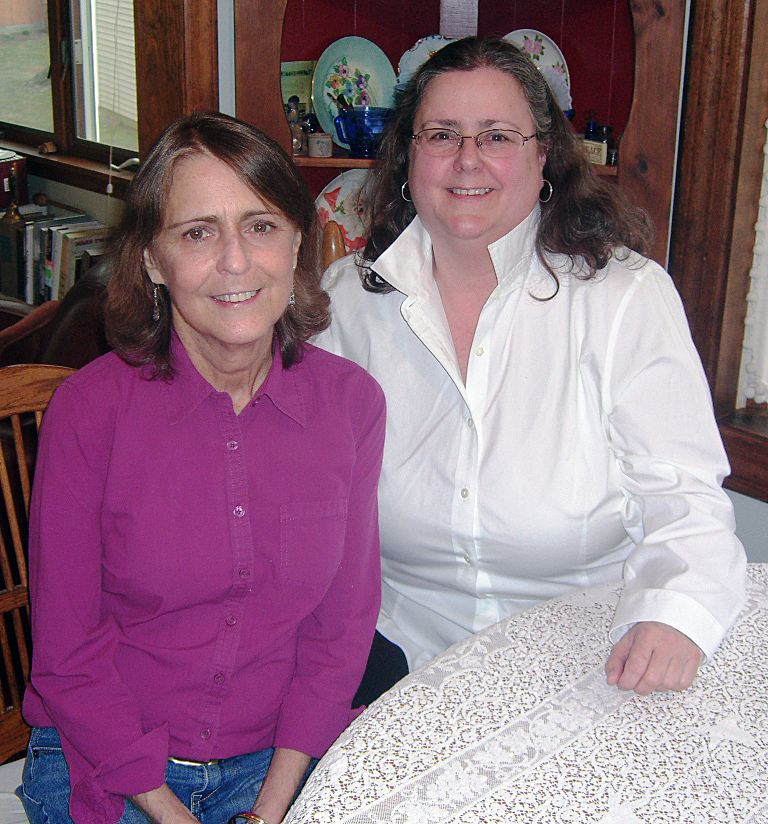 Sisters together: Nonie (left) with Kate Mitchell, who is a clinical educator at Upstate University Hospital in Syracuse, NY.

Kate, who has been a critical care nurse and is currently a clinical educator at Upstate University Hospital in Syracuse, remembers how the deteriorating liver disease took its toll.

“Every time I visited Nonie, she looked worse,” she says. “Because of her liver problems, she had a buildup of fluid in the pleural lining of the lung. The condition is known as ascites. As she’s small, the fluid also caused a lung to collapse.”

Further burdened with asthma, Nonie regularly visited North Shore University Hospital to have the fluid tapped. She was bloated, had lost muscle tone, and her ribs and shoulder blades were clearly visible. By September, Nonie was having the fluid tapped on a weekly basis.

“He was worried that if the wait for a donor was too long, I wouldn’t last,” Nonie says. “Livers were in short supply.”

Scooter adds, “This was the most frightening doctor appointment I had ever been to.”

Although an experimental drug had conquered Nonie’s hepatitis C, unfortunately her cancer, water retention and a collapsed lung still threatened her life.

Not a moment too soon, the call from Mount Sinai came early in the morning of November 30.

Scooter answered: “They had a liver for Nonie. After I woke her up, we called everyone. We couldn’t believe it!”

Led by Dr. Juan Rocca, the transplant began after 9 pm and continued into the following morning. The transplant was successful but Nonie remained hospitalized for over three weeks to undergo a procedure to prevent fluid from entering her lungs.

Nonie was released from the hospital on Christmas Eve. “I felt there was something blessed about it, definitely,” she says. 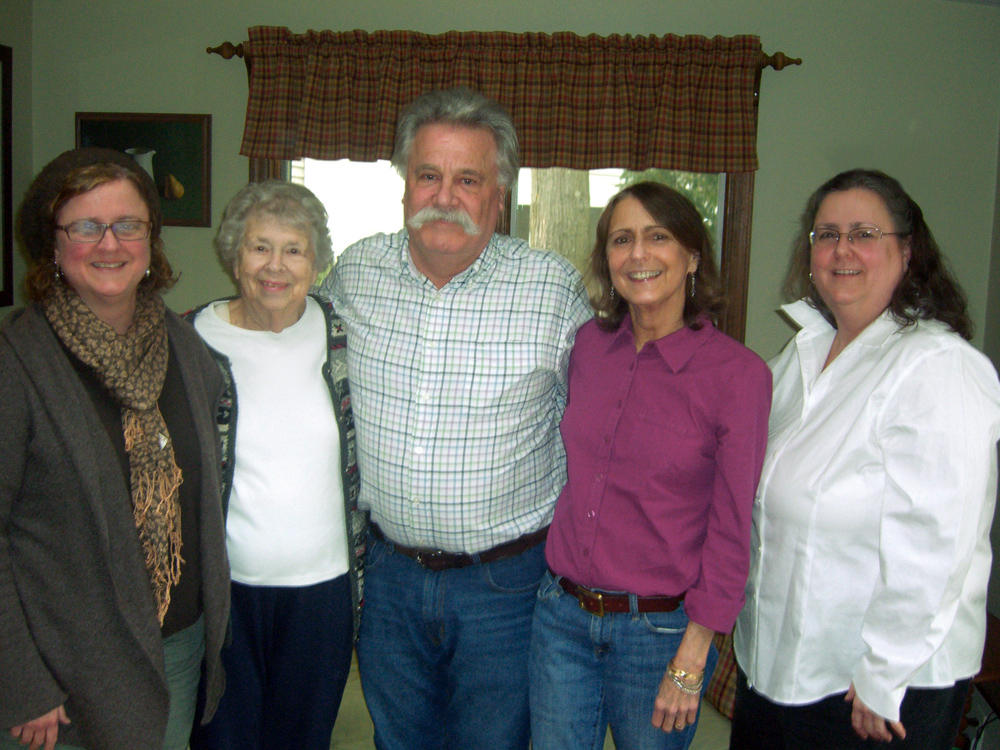 Nonie knows her donor was a 64-year-old woman. She says, “I sent an anonymous letter to her family, thanking them for their generosity at such a difficult time.”

As a healthcare professional, Kate states that she is an organ donation advocate. “But you only understand when you go through it,” she says. “Thank God somebody was her donor. After the transplant, Nonie was no longer ashen. It’s one of the most miraculous things I’d seen.”

A few years ago, Nonie would swim, walk and work in her garden. Now, she is able to walk again. She especially enjoys taking long walks with Scooter.

Interestingly, Nonie reveals she has given her liver a name. “I named her Grace, so I could welcome her. I talk to Grace every day,” she says, acknowledging the religious reference involved in her choice of name.

She and Scooter plan to take their first vacation in many years. Nonie looks forward to taking Grace along with her.

BONUS FOR HEALTHCARE PROFESSIONALS: Read an Interview With Kate Mitchell